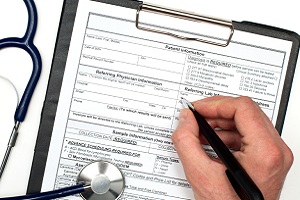 Most cases of bipolar disorder are not diagnosed. The subject perceives the hypomaniacal and manic phases as normal manifestations of the personality. However, if not diagnosed, it can have serious consequences for private and work life.

Under normal conditions, the brain deals with the regulation of mood. Despite the ups and downs caused by external and hormonal factors, these mechanisms maintain a certain balance of the whole. A balance that is lacking in those suffering from bipolar disorder, causing emotional lability, lunacy, depression followed by manic excitement. This also affects the levels of physical energy, mental efficiency, sleep and appetite.

People suffering from bipolar disorder go from manic to depressive phases even within a few days. In the hypomaniac and manic phase the subject sleeps less, feels more energetic and euphoric. Self-esteem grows and often leads to rash decisions and inappropriate behavior. At this stage too much excitement pushes to open projects without being able to close them. Sometimes the phenomenon degenerates into delirium of omnipotence and also leads to auditory hallucinations.

The depressive phase is characterized by deep and continuous sadness, which lasts for at least 14 days. The subject has the feeling of not loving anything and that life does not make sense. Often those suffering from bipolar disorder are struggling to sleep at this stage. Also for this reason, it feels without energy and always tired. The depressive phase is often longer than the manic phase and can even come after a period of stable mood.

Bipolar disorder of type I is characterized by the presence of at least one manic episode in life. In this case, the presence or absence of other hypomanic or depressive episodes is ignored. Nevertheless, the episodes of mania are very present.

In type II bipolar disorder, there is at least one episode of major depression throughout life. This is accompanied by at least one hypomanic episode.