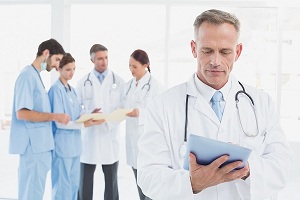 Multiple sclerosis (MS) is characterized by chronic inflammation of the central nervous system. The immune cells attack the layer of myelin that covers the nerves, making them vulnerable. A study by Professor Mikael Simons of the Technical University of Monaco has unveiled why myelin does not regenerate. Part of the blame would be cholesterol crystals.

Myelin is a membrane enriched with lipids, which isolates nerve fibers. It does so that the electrical signals pass efficiently, getting into the right muscles. When the myelin layer is consumed, the signals disperse and this causes a progressive loss of motor functions. In theory it would be possible to regenerate myelin, but the method proved inadequate in the case of multiple sclerosis.

The tests on guinea pigs reveal the importance of age. Depending on the age of the subject, macrophages can eliminate a greater or lesser amount of cholesterol. In older animals, inflammation is stronger and more persistent. Nevertheless, eliminating part of the cholesterol with drugs has in any case helped myelin regeneration.

The discovery is added to some previous studies, which analyzed how myelin developed. Professor Simons and Professor Stadelmann had discovered a new type of cell responsible for the formation of the myelin layer. Applying the new discovery to the previous one opens up new therapeutic possibilities against multiple sclerosis.