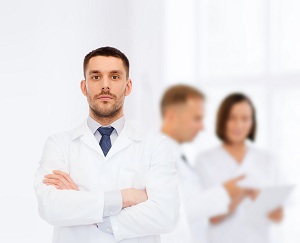 The word progeria comes from the Greek "pro" - "before" - and "gheron" - "old". It is the alternative name of Hutchinson-Gilford syndrome (HGPS), a very rare genetic disease that causes premature aging. It affects about 1 child every 4-8 million births and today there are about 70 sick children, including 5 in Italy.

Progeria is caused by a mutation in the LMNA gene, a manufacturer of the LAMIN-A protein. It is the raw material of the structure that unites the cell nucleus and the external part. When it is missing, the nucleus becomes unstable and this causes the early death of the cell. In the long run, the phenomenon causes premature aging of the organism.

Hutchinson-Gilford syndrome occurs in the first months of life. It manifests itself with a hardening of the skin and the appearance of an evident venous reticulum. Subcutaneous fat is insufficient and the baby grows little. Around 18-24 months the first signs of aging become evident. Those who suffer suffer little, have old skin, lose body fat and hair. It also shows stiffness of joints, atherosclerosis and is prone to cardiovascular disease and heart attack.

Although genetic, progeria is not hereditary. It is suspected that the mutation occurs in one of the two gametes spontaneously, just before conception. Its appearance does not therefore depend on family predispositions.