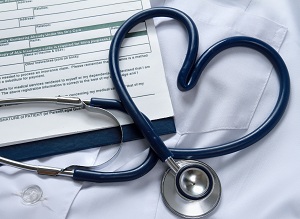 Gardner's syndrome is a genetic disease characterized by intestinal polyps and benign tumors in the colon-rectum. The disease is caused by mutations in the Adenomatous Polyposis Coli (APC) gene. APC encodes proteins that control cell division and their development. The mutation triggers an uncontrolled cell growth, which results in the formation of polyps and tumors.

Gardner's syndrome is a rare disease and affects approximately 1 in 1,000,000 people in the United States. In order for it to occur, it is enough to inherit only one copy of the faulty gene, but it is not always hereditary. On the contrary, the disease tends to appear much more often due to sporadic genetic mutations.

Symptoms of the syndrome can also change a lot from patient to patient. The main feature is the presence of polyps in the colon, which affects about 80% of patients. The other possible symptoms are:

Gardner's syndrome can be identified by a simple genetic test, which identifies the mutation in APC. If there are cases in the family, it is recommended to take the test before having children. In addition to genetic testing, the other diagnostic tools are colonoscopy and ultrasound. Retinal lesions and abnormalities in the skin can also indicate the presence of the disease.

Usually the syndrome occurs around the age of 16, but there are cases even around 10 years. If left untreated, Gardner's syndrome leads to the development of malignant tumors around the age of 40. For this reason, those suffering from it perform annual screening. In the case of multiple and aggressive polyps, it is even recommended to remove part of the colon.