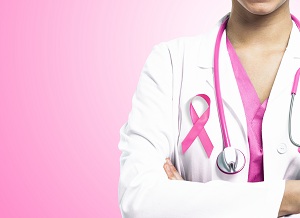 Breast cancer is very rare in men, but it is still a possible event. Only 1 in 100 cases of breast cancer affects humans, often with far more serious outcomes than in women. If women have now learned to juggle between mammography and self-examination, in fact, this does not apply to men. Most often the disease remains undiagnosed until it is already late.

For men, the possibility of breast cancer remains remote. Nevertheless, the genetic test to detect BRCA mutations could also be useful for them. If there have been cases of breast and ovarian cancer in the family, for example, they may also be responsible for the responsible mutation. This is what Dr. Laura Ottini of Sapienza of Rome is saying.

Every year there are 500 cases in Italy of male breast carcinoma. According to two studies, about 15% of these are caused by hereditary mutations. That's why genetic testing should not be a feminine exclusivity. To fill this gap, the two teams detected genes related to breast cancer in humans. They then calculated a risk index for men who are carriers of mutations.

If the genetic test is successful, prevention is quite easy. Male breast cancer usually appears after 60-70 years and would be relatively easy to diagnose. Just perform self-examination regularly, just like women. At this point identifying a nodule or something strange is simple, given the shape of the male breasts.