Breast cancer: a genomic test says whether to do chemotherapy 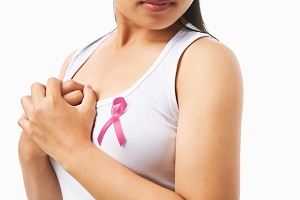 A new genomic test predicts the best treatment against breast cancer. In particular, it indicates whether chemotherapy is necessary or not. This is what emerges from the TaylorX study, presented at the World Congress of Medical Oncology (Asco) in Chicago.

The results refer to the most widespread type of breast cancer, the one responsive to hormones and which does not involve lymph nodes. According to the study, chemotherapy would be superfluous for 70% of patients affected by this type. In the case of early diagnosis, only hormone therapy would suffice for them. How to distinguish them from the other 30%, however? Researchers at the Albert Einstein Cancer Center in New York have developed a test for this.

The one presented in Chicago is the second clinical trial on the test. The test examines the activity of specific genes within tumor tissues. In this way it helps to understand the biology of the tumor, how resistant it is and how likely a relapse is. This is done by examining a sample taken from the tumor. Based on the results, assign a score ranging from 0 to 100 and indicating the probability of relapse within 10 years.

If the score is 0 to 10, the risk of recurrence is low. This means that chemotherapy is less necessary and that you can focus on other therapies. If the score goes from 26 to 100, it is better to carry out chemotherapy. In the first clinical trial, scores between 11 to 25 were uncertain. The second trial shed light on the best approach even in these cases.

The researchers tested the procedure on over 10,000 women with breast cancer. Of these, about 6,000 had scored between 11 and 25, so uncertain. Half of them have performed chemotherapy and hormone therapy; the other half performed only hormone therapy. After the treatment, the doctors followed them for about 7 years. In the long run, the two types of treatment have had similar results.

According to the data collected, chemotherapy did not increase the chances of survival of these women. Metastasis and relapse rates were equivalent. In the case of results between 11 and 25 in breast cancers responsive to hormones diagnosed early, therefore, hormone therapy is sufficient. There seems to be one exception: in patients under 50, double therapy may still be advisable.