Authorized the sale of patisiran against amyloidosis hATTR 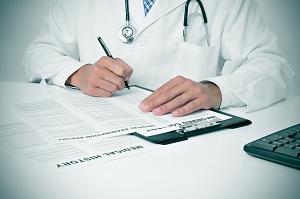 The European Commission has authorized the sale of patisiran, the new drug against hereditary amyloidosis from transthyretin (hATTR amyloidosis). The technology behind the drug starts with a Nobel Prize-winning scientific discovery.

Hereditary transthyretin amyloidosis is a disabling and often fatal genetic disease. The cause lies in some mutations of the TTR gene, which causes an abnormal production of transthyretin. This leads to the accumulation of amyloid proteins in organs and tissues, damaging them. Most often this translates into the death of the subject. Unfortunately, the treatment options are limited, which makes the patisiran an even more precious resource.

Patisiran is based on the technique called RNAi interference (RNAi). The new approach focuses on damaged protein rather than on symptoms. In this way the progression of the disease is slowed down.

The drug is injected intravenously and targets accumulated transthyretin. In particular, it silences a messenger RNA that blocks its production, so as to reduce that present in the organism. Phase III of the Apollo clinical trial yielded positive results. Subjects who received patisiran showed clear improvements. The drug has improved its ability to move, quality of life and nutritional status. All this convinced the European Commission to approve the drug.

Given the severity of amyloidosis, the European Commission used the accelerated evaluation procedure. This was followed by a few days authorization from the US Food and Drug Administration (FDA). The American body has approved the use of patisiran on adults and soon the authorizations of other countries should come.