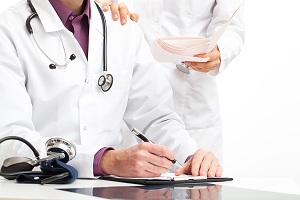 With the expression xeroderma pigmentoso refers to a group of hereditary genetic diseases. Pathologies cause extreme sensitivity to ultraviolet radiation, making it impossible to expose oneself to sunlight. Those who suffer are likely to develop injuries to the eyes and skin, which can degenerate into tumors.

The pigmental xeroderma manifests itself in the first months of life. The first symptoms are skin spots on areas exposed to sunlight and eye irritation. The child manifests an extreme dryness of the skin, which makes it very fragile. In late-onset forms (15-40 years), it can also develop neurological abnormalities or development.

The severity of symptoms and the age at which they occur can be very variable. The researchers identified 7 groups of pigmentary xeroderma, each with its own genetic characteristics. The genes involved are mainly related to the DNA repair process, so the code inside the cells can no longer correct the damage.

The transmission of diseases occurs in an autosomal recessive manner: in order to manifest themselves, two altered copies of the gene must be inherited. If the genes involved are known, prenatal diagnosis can be made. Otherwise, the diagnosis is made primarily through clinical observations and a test that examines the self-repair ability of the fibroblast DNA, the skin cells.

Today there is no resolution therapy against pigmentary xeroderma. Doctors recommend avoiding exposure to sunlight to reduce the risk of cancer injury. Those suffering from the disease must also avoid halogen and neon lamps, sources of ultraviolet radiation. Moreover, given the impact on the life of those who suffer, we also recommend adequate psychological assistance.