Fatal familial insomnia: what is it and what are the symptoms 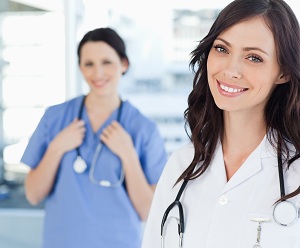 Fatal familial insomnia is a genetic neurodegenerative disease described for the first time in 1986. As the name implies, it is always fatal and has a course that fluctuates between a few months and 2 years. Usually the first symptoms appear between 37 and 61 years, although there are cases even under 30 years. A more precise estimate is complicated, since today there are only 57 cases confirmed in 27 families in the world.

It is a prion disease, caused by proteins with an irreversibly altered structure, prions. These are found mainly in the plasma membrane of the brain and their function is unclear. The anomaly of fatal familial insomnia causes an accumulation of prions in the brain tissue. As the accumulation increases, the diseased cells also infect the others and kill the neurons.

The first symptom is insomnia, not even negotiable with barbiturates. Prions accumulate in the thalamus, the area of ​​the brain that regulates the sleep-wake cycle, and prevent sleep. The symptoms are not treatable and worsen within a few months, also causing hallucinations and delirium. Neurological damage causes abnormal movements and involuntary jerking, as well as dementia and a progressive inability to walk. Toward the end of the course, the patient is completely unable to sleep.

The anomaly is caused by a mutation of the PRNP gene and is autosomal dominant. So just a single copy of the gene is enough for the disease to manifest. Genetic tests are used to confirm the diagnosis, usually done by clinical analysis and FDG-PET scan. If the diagnosis is confirmed, prenatal testing is also available for those at risk.