Noonan syndrome: what it is and how it manifests itself 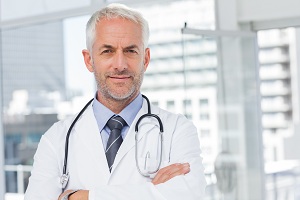 Noonan syndrome is a genetic disease with an incidence of 1 case per 1000-2500 newborns. It includes a wide variety of clinical manifestations, but the most common are congenital heart disease. In addition to these, which affect almost 70% of patients, other symptoms are:

Diagnosis takes place starting from the observation of the above symptoms. An analysis of family history follows, with the confirmation of a genetic investigation. Although some of the genes involved are known, in some cases the genetic cause remains unknown. Furthermore, the clinical variability of the disease makes the diagnosis much more difficult. Nevertheless, if there are family cases, prenatal diagnosis can be used.

Noolan syndrome is a hereditary and sporadic genetic disease. In the first case, transmission occurs in an autosomal dominant manner: to develop the disease, a copy of the altered gene is sufficient. In 50% of cases, the affected gene is PTPN11; in all other cases, mutations affect the KRAS, NRAS, RAF1, BRAF and SOS1 genes. However, only 75% of patients show identifiable and clear genetic variants.

For the moment there is no resolution therapy for Noolan syndrome. Several studies are underway on drugs that could inhibit the activity of mutated enzymes. Cardiac lesions are treatable with surgery and in some cases hormone therapy is recommended. If followed appropriately, children can reach adulthood without problems.