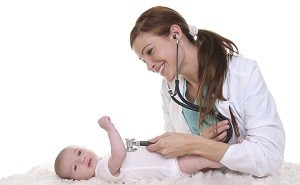 Lamellar ichthyosis is a genetic disease that manifests itself at birth. The baby's skin is wrapped in a transparent membrane, which breaks and falls within 10-14 days. Before this time, the membrane hinders breathing and causes abnormalities in the eyelids and lips. Its fall, on the other hand, causes loss of fluids, risk of infections, difficulty in regulating body temperature. Later, the skin thickens and forms scales.

The scales are concentrated mainly at the joints. In some cases, hair and nail changes also occur. Beyond the psychological and physical discomfort caused by the symptoms, however, there are no real physical dangers for those who suffer from it. The subjects do not have available treatment cures, but can resort to symptomatic treatments. Retinoids and emollients soften the skin, while the keratolytic ones remove the scales.

Lamellar ichthyosis is caused by a mutation of the TGM1 gene and is transmitted in an autosomal recessive manner. In order for it to occur, both parents must be healthy carriers and transmit the anomaly to the child. However, cases of ichthyosis with autosomal dominant transmission have been reported, in which a sick parent has transmitted the disease. In the latter case, there is a 50% chance that a child will show the disease.

Lamellar ichthyosis is diagnosed by observation of symptoms, also evident at the time of delivery. Afterwards, doctors perform a skin biopsy to confirm the diagnosis.