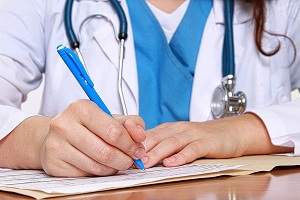 Hereditary hemochromatosis is a genetic disease that causes an accumulation of iron in the body. The classic form is the most common and appears in adulthood, often remaining asymptomatic throughout life. The most obvious consequences usually occur with the passing of the years: chronic fatigue, joint pains, cirrhosis of the liver, heart problems, diabetes.

There is also a juvenile form, more severe and that occurs between 10 and 20 years with serious heart problems. The third form is intermediate between the first two, while the fourth is the most heterogeneous. In some cases it resembles the classical form, while in others it is more benign.

The first three forms are all caused by the malfunction of hepcidin, the iron hormone. The fourth is instead focused on ferroportin, the target of the action of the first hormone. The hormonal anomalies in question are related to the alterations of different genes, with also different modes of transmission.

The first signs of hereditary hemochromatosis are the altered values ​​of iron in the blood. At this point we continue with an analysis of liver deposits in the liver, which are increased. To do this we use an MRI or a liver biopsy, in rarer cases. The final confirmation comes from genetic analysis.

The standard therapy includes the salassotherapy, or the withdrawal of about 400 ml of blood per week. It is done 2-6 a year depending on the needs, as long as the iron values ​​have not returned to normal. Those who can not do the salts use chelators, drugs that capture iron. If action is taken before the iron damages the liver, life expectancy is normal.