Deficiency of surfactant proteins: what they are and how they occur 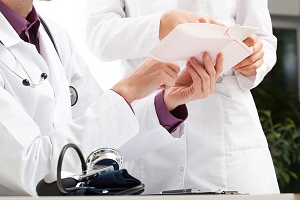 The surfactant protein deficiency is a group of rare genetic diseases, affecting the genes that code for vitamins C, B and ABCA 3. When one of these three surfactant proteins is missing, breathing problems occur that can lead to death. In some cases, the child who suffers from the deficit does not even survive childbirth. Unfortunately, to date there are no conclusive therapies for any of the three forms.

The surfactant protein C deficiency is transmitted in an autosomal dominant manner, so only one mutated allele is sufficient. Among the three forms it is the least predictable: it occurs also in old age, with very different clinical pictures. In some patients it leads to death, in others it causes barely perceptible disorders that do not hinder everyday life. B deficiency is the rarest form and generally affects newborns. It manifests itself almost immediately and leads to increasing breathing difficulties. Children usually die in the first months of life, without doctors being able to do anything.

Finally, there is the deficiency of the ABCA3 surfactant protein, the relatively more frequent one. There are more than 100 mutations linked to the gene that codes for the protein. Transmission is autosomal recessive and occurs in both prenatal and later life. Usually the neonatal picture is more severe than the pediatric one, which tends to have a chronic course. For the time being, prenatal diagnosis is available only in well-defined cases. If there have been cases of these diseases in the family, then it is possible to detect any signs of the deficit. Otherwise, the picture tends to be too confusing to give reliable results, at least for the moment.