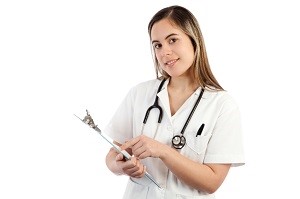 Diabetes mellitus is a chronic disease with environmental and genetic causes. It is divided into two main forms:

There are also other forms of diabetes, less common and linked to genetic abnormalities or pancreatic diseases. Furthermore, there is a form of diabetes that appears only during pregnancy, called gestational diabetes. The lack of insulin or the insulin resistance proper to diabetes prevent the body from regulating blood glucose levels, which are therefore always too high. In some cases, hyperglycemia does not give any symptoms or manifests itself too thinly.

The most common symptoms are: fatigue; continuous thirst; excessive diuresis; unexplained weight loss; increase in appetite; abdominal pains. Only in the most serious cases is mental confusion and loss of consciousness. Although it may go unnoticed in the early stages, diabetes leads to serious long-term consequences. Blood glucose always above the norm leads to macrovascular and microvascular complications. These result in neurological damage and in other organs.

Those who suffer from diabetes mellitus are at risk of contracting permanent damage to their kidneys, eyes and ears. Myocardial infarctions and strokes are also common. To date there is no definitive therapy for either type 1 or type 2. Patients can lead a normal life, provided however that they have constant subcutaneous injections and lead a correct lifestyle. Exercising and keeping your weight under control can also help you avoid the onset of diabetes, especially in those who are genetically predisposed.