Is anorexia a genetic disease? 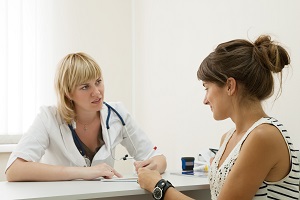 According to researchers at King's College London and the University of North Carolina, anorexia could have genetic bases. In fact, the study reveals some characteristics of metabolic diseases, all linked to 8 genetic variants.

The discovery is based on data collected from over 100 studies worldwide. In particular, the researchers combined the data collected by Anorexia Nervosa Genetics Initiative and Eating Disorders Working Group. In all, they examined 16,992 cases of anorexia and 55,525 people belonging to the control group, from 17 countries. A psychiatric and genetic picture emerged. From what has emerged, anorexia has traits of metabolic disorders of genetic origin. Until now, anomalies of this type were largely attributed to the lack of food. Yet, according to scholars, some of these are prior to the disease and are partly the cause.

They could even play an important role as psychiatric components. Many of these affect the way the body absorbs fats and also the propensity to exercise. This could explain why a good chunk of anorexic people is very active, despite the lack of nutrients. The problems in question intersect with other psychiatric disorders, such as OCD and depression. The authors of the study believe that a thorough analysis of the metabolic components could help to tackle the disease. If the findings were confirmed, in fact, all current treatments should be rethought.