Only 3 people in the world suffer from this disease 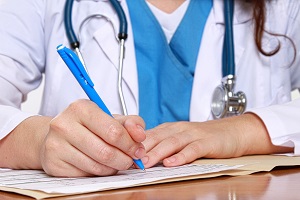 A team of South African researchers has identified the genetic variant that causes a very rare disease. It is a neurodegenerative condition that occurs between 12 and 14 months, causing loss of muscle tone and epileptic seizures. To date, only three children in the world suffer from this particular disease and two live in South Africa.

Doctor Alicia Byrne started with the analysis of a single patient. The child presented a series of symptoms common to different diseases, the combination of which however was impossible to link to a single cause.

The scientific literature did not describe any pathology superimposable 100% with that from which the child suffered. The doctor then started looking for similar cases and found two more. Once the three children with the same symptoms were identified, the researchers sequenced their DNA. Thanks to sequencing, anomalies emerged that hinder the absorption of the B vitamins.

The vitamins in question are essential for the development and proper functioning of the nervous system. When they are missing, the problems identified in the three children occur. The discovery allowed the development of a treatment capable of slowing down the disease. Thanks to weekly injections of vitamin B, doctors have reversed part of the devastating symptoms of the disease. The next step will be to develop prenatal and neonatal genetic tests in order to diagnose the disease before it starts damaging the nervous system.