Ornithine transcarbamylase deficiency: what it is and how it occurs 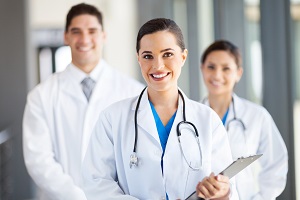 Ornithine transcarbamylase deficiency or OTCD is a genetic disorder affecting the metabolic cycle of the urethra. The deficiency of the enzyme prevents ammonia detoxification, with consequences for the whole organism. In severe cases, it also causes neurological complications.

The disease is estimated to affect around 1 new born out of 56,000, mostly boys. In most cases, the first symptoms occur within days of birth. However, there are also more rare forms of late onset.

The first symptoms are difficulty sucking milk and lethargy, which often turns into a real coma. In some cases, babies exhibit epileptic seizures and hyperventilation. If no immediate action is taken, children can develop an encephalopathy and die in a few days. The milder form occurs instead later, usually at the beginning of weaning.

In adults, the occurrence of ornithine transcarbamylase deficiency is linked to environmental stress. Sometimes it occurs after childbirth or after surgery, or in conjunction with a protein-rich diet. In these cases, the symptoms are nausea, vomiting, delirium. If left untreated, hyperammonaemic coma and neurological complications occur, which can result in cognitive impairment.

If the patient goes into a hyperammonaemic coma, the first thing to do is to reduce the ammonia levels. In the long term, you need to reduce your protein intake and remove nitrogen with special drugs. In severe cases, a liver transplant is needed. Those suffering from the mild form of deficit can live an almost normal life. Unfortunately, the most common and serious form has an almost always poor prognosis.

For diagnosis, the levels of ammonia and other substances in the plasma are analyzed. Later, molecular analyzes are used to confirm the diagnosis. If there have been full-blown cases in the family, prenatal diagnosis can be used.