Spinal Muscular Atrophy or SMA: what is it and how it appears 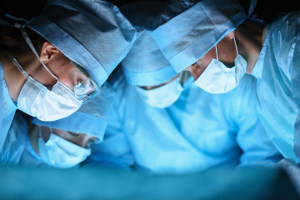 Spinal muscular atrophy is a disease that causes the progressive death of nerve cells in the spinal cord, the motor neurons. These have the task of transmitting commands from the brain to the muscles, allowing voluntary movements. When for some reason do not work in the right way, it becomes impossible to move independently.

There are three forms of SMA: the most serious is the Type 1, Type 2, and then switches to the Type 3, the mildest. SMA Type 1 compisce about half of patients and is often present at birth. The infant shows serious and progressive respiratory insufficiency, which makes it difficult if not impossible selfcontained breathing. In Type 2, the child is able to sit down, but not walk. In many cases shows respiratory complications and other marks. The Type 3 occurs after a few years and, at least during childhood, allows to walk.

At the base of SMA is an anomaly in the SMN1 and SMN2 genes, which causes a deficiency of SMN protein. The protein in question is essential for the survival of motor neurons. Once missing, the motor neurons begin to degenerate in a progressive and irreversible. To manifest, the genetic abnormality must come from both parents.

There is currently no cure for SMA. Research in recent years has, however, clarified several mechanisms, allowing you to make big steps forward in therapies.