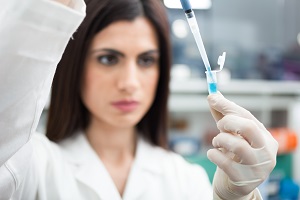 It was believed that the cause of baldness in a same gene handful. According to a study by the University of Edinburgh, however, are 287 genes that cause hair loss. They are inherited in large part from the mother and establish the risk of baldness for a man. In the future, you could use this data to create accurate genetic tests that provide for if you lose your hair or not.

Baldness affects about 70% of men and was believed to be linked to only a few genes. This at least until the researchers of Edinburgh have analyzed the DNA of 52,000 men. Riccardo Marioni, one of the authors, says that this is the largest genetic work ever done on the subject. According to the collected data, the problem is rooted in the ratio of 287 genes. Many of these genes are located on chromosome X. The baldness is so ricollegabile especially to the mother's genes and is much more complex than previously thought.

Genetic tests are available in the market for baldness, but we need other studies to obtain reliable forecasts. The research in question, in particular, could give a boost to the process and help to understand the phenomenon. Results were unthinkable a few years ago, made possible by genomic databases and new technologies. DNA sequencing is in fact becoming more quickly and accurately, with benefits for research and prenatal screening.