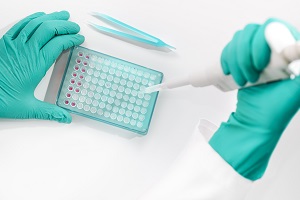 A team of Italian researchers, South Africans and Canadians has identified one of the genes responsible for arrhythmogenic right ventricular. It is the disease due to the sudden death of many sports, including Renato Curi, Vigor Bovolenta, Piermario Morosini. The gene is the CDH2 and you go to join together with the other seven have already been identified by researchers at the University of Padua.

Arrhythmogenic right ventricular cardiomyopathy is a genetic disease that affects the heart tissue. Adipose and fibrous tissue replaces the heart, favoring tachycardia and ventricular fibrillation. In some cases, it causes loss of consciousness and cardiac arrest. In the absence of an immediate electrical defibrillation, death occurs within minutes. In Italy alone, about 50,000 people die every year, many of them very young. The hereditary cardiomyopathy is indeed a major cause of death in young people under 35 years.

The researchers followed for 20 years a South African family affected by arrhythmogenic right ventricle. Excluding genetic causes known so far, the team has sequenced the genomes of two sick individuals. The researchers started with over 13,000 common genetic variations between the two, scremandole CDH2 up to identify the gene. They then validated the discovery finding this same abnormality in another patient, she belongs to a different family.

The CDH2 gene is responsible for the production of the protein N-Cadherin, which allows the adhesion between the cardiac cells. The anomaly alters the production of the protein, causing a weakening of cardiac tissue and arrhythmias. The researchers had already observed that mice with the mutation tended to suffer from malignant ventricular arrhythmias, often dying suddenly. However, the discovery confirms the role of CDH2 in human disease and facilitates the diagnosis.

The study's findings could save the lives of many people, suffering from cardiomyopathy unknowingly. Genetic tests, if not a day non-invasive prenatal tests, could identify the mutation before it becomes dangerous. Individuals may then begin the preventive strategies needed, avoiding an otherwise almost certain death.