Human Papillomavirus: how to prevent it 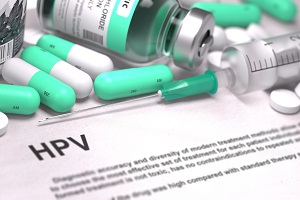 In 75 years the Pap smear has saved the lives of millions of women around the world. The test consists of a morphological examination of cervical cells, to detect anomalies. This way you can prevent cervical cancer. The test, however, requires an experienced cytologist order to be effective. That's why the arrival of the HPV test is intended to change the world of prevention for millions of women.

The HPV test is virological tests done on cervical cells. Diagnosing the infection with human papillomavirus and, compared to the Pap test detects an increased number of precancerous lesions and in less time. This makes it possible to lengthen the interval between a screening test and the other, from the current three years to 5. If the HPV test individuals abnormality in the cervix, making the Pap test on tissues already taken. If the Pap test is positive, it passes to colposcopy. If not, repeat the HPV test one year later. If the test does not detect anything, it has to do with a share of 80-90% of infections resolve themselves.

The HPV screening tests existed for several years, but is coming to Italy gradually. It is expected a decrease of ten times the annual number of Pap tests. The cytopathology active today will take care of the findings for the women tested positive for the first test. The number of annual colposcopies should remain unchanged, although concentrated on selected women better. Although the test is more expensive than the Pap test, it calculates a 30% saving on organizational costs and 20% of the levies on costs. The credit will be the lesser frequency with which you will have to take the test.