Can a rare diseas be diagnosed throught a photo? 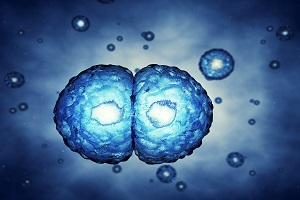 A brief diagnosis of rare diseases will pass for a picture. The merit of the researchers from the National Human Genome Research Institute (NHGRI), part of the National Institutes of Health. The scientists used a facial recognition software to diagnose a rare genetic disorder. This is the 22q11.2 deletion syndrome or DiGeorge syndrome, which affects about one child in 3000-6000. The disease causes malformations also very different from ethnicity to ethnicity, which makes the diagnosis difficult. The discovery will facilitate the enterprise, so that patients receive better care and more timely.

The syndromes characterized by malformations may change in different parts of the world. This complicates the diagnosis among the non-European populations. The researchers collected clinical information of 106 patients. They have supported the photographs of 101 sick people from 11 countries in Africa, Asia and Latin America. They also added those of Caucasian patients, for a total of 156 photos that compared with those of healthy people.
The analysis software identified 126 individual facial features. Thanks to them, the researchers diagnosed the disease for all ethnic groups, with an accuracy of 96.6%. The technology is similar to that used in airports and also proved to be very accurate in the diagnosis of Down syndrome. The next step will be applying to the Noonan syndrome and Williams syndrome, both rare genetic diseases.

The study has expanded the Atlas of Human Malformations in Diverse Populations, 'initiative of the NHGRI. The atlas contains photos of the physical traits of different ethnic group and persons suffering from genetic diseases. In addition to photos, including written descriptions of the subjects, their phenotypes, the regions of residence and genetics and molecular diagnosis.