Some virus can trigger celiac disease 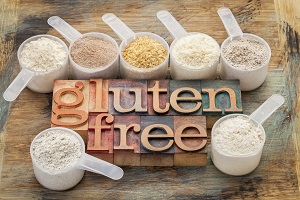 A study of the University of Chicago and Pittsburgh reveals that the role of reovirus in the development of celiac disease. The disease has a genetic origin, but the appearance is connected to a viral infection. The discovery could lead to development of a vaccine to be administered to high-risk children.

Celiac disease is an autoimmune disease that causes intolerance to gluten, a protein found in wheat. He knows he has a genetic origin, but the preparation is not enough to manifest. According to the study, to give input to the disease would be a virus itself symptomless and harmless to patients without genetic anomaly. In individuals already predisposed accelerate the onset of celiac disease.

Almost all human beings suffer from reovirus infection in their lifetime. In most people the infection is even preschoolers and rarely leads to a real disease. The researchers tested two strains of reovirus on mice predisposed to celiac disease. They found that one of the two reduced tolerance to gluten and, assuming you have the gene of intolerance to gluten, it causes the appearance.

Researchers believe that infection with reovirus induces an inflammatory bowel reaction that leads to the development of the disease. Celiac patients in fact have an excess of specific antibody to fight the reovirus and IRF1 molecule. The molecule reduces tolerance to gluten and, when you introduce the gluten in the diet, triggers an immune reaction. The immune system then labeled gluten as a harmful substance to the body. All this culminates in disease presentation.
Among the researchers involved there is also Dr. Disciple, University Federico II of Naples.