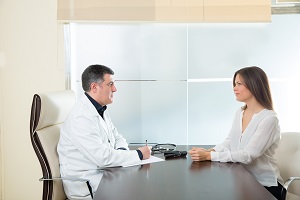 Systemic lupus erythematosus (LES) is an autoimmune disease, involving at least 4 different organs. The most striking signs are skin rashes and excessive sunlight sensitivity. Renal and joint problems are very common, as well as severe anemia. The most affected are women, especially between the ages of 15 and 40. It is a sporadic disease, but you may experience cases of familiarity.

The causes of lupus are still unclear. It is an autoimmune disease in which the immune system recognizes the body's components as enemies. It produces antibodies that attack organs and damage them, most of them irreversibly. Some research has highlighted a deficit in the mechanisms that regulate inflammatory processes and excess T-lymphocytes that cause them. However, you still do not know what triggers the immune system's aggression.

The main symptoms of lupus are cutaneous and mucous: butterfly rashes on the face that affect cheeks and nose are the most characteristic symptom. Sensitivity to the sun also causes erythematous lesions in the most exposed areas. Sick patients often suffer from fever and widespread tiredness, also linked to the involvement of the hemopoetic system, which includes anemia and platelet deficiency. Arthritis, kidney problems and concentration deficits are other common symptoms.

Lupus is a disease that involves the whole body, easy to confuse with other pathologies. The first suspicion of illness comes from the presence of at least four clinical manifestations typical of the disease. The safest way to confirm the diagnosis is, however, a renal biopsy, to look for ANA or positive anti-DNA.