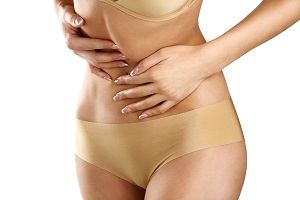 Endometriosis affects about 10-20% of women of childbearing age, predominantly between 25 and 35 years. The disease affects the endometrial tissue, which under normal conditions develops in the uterine cavity. In women suffering from the disease, the tissue develops in other places.

Endometriosis can affect the ovaries, the pelvic peritoneum or other organs, such as the bladder and the intestines. The pathology involves the formation of cysts containing menstrual blood, produced by endometrial cells. It is not yet clear why this happens. It is theorized that during menstruation the blood passes from the uterus to the other pelvic organs. In doing so, it would carry endometrial cells that would develop out of their seat. Other scientists hypothesize a genetic predisposition to the development of the disease.

The symptoms of endometriosis are often silent and diagnosis occurs during routine checks. Other times, the disease manifests itself with disabling symptoms. Women in this second case have painful menstruation and sexual relations, they have an irregular cycle and are often sterile.

However, the association between endometriosis and infertility is still unclear. It is thought that the sterility of those suffering from endometriosis is largely related to mechanical factors. The pelvic organs have abnormalities and adherence that alter the connections between the tubes and the ovaries. Endometrial cysts also interfere with normal ovulation and implantation of the embryo in the uterus.

In the diagnosis of endometriosis, anamnesis is critical. Cases of chronic pelvic pain, pain during sexual act and menstrual irregularity are in fact alarm bells. After the medical history, the vaginal septal, uterine cervix and vaginal veins are examined. Finally, the ultrasound examination allows to identify any cysts and anomalies in the internal organs. In the most dubious cases, laparoscopy can be carried out, which involves the introduction of a probe into the navel.

The treatments change according to the severity of the disease. In milder cases, the doctor simply keeps the patient under control. In the most serious cases, surgery and hormone therapy are needed. Existing therapies, however, only need to keep the symptoms under control. They improve the quality of life of the patient, but they do not eliminate the disease.