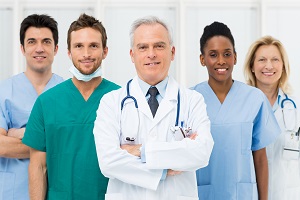 Nemaline myopathy is a rare neuromuscular disease that occurs at birth, in infancy or even in adulthood. It is characterized by widespread muscular weakness, is not progressive and has varying degrees of severity.

The most serious forms of the disease manifest themselves in the neonatal phase. Infants struggle to feed and have respiratory and cardiac problems. Usually the disease leads to death within the first few months of life. The most common forms, however, appear in childhood, are moderate, non-progressive.

Children who suffer from myalactic myopathy have the muscles of the limbs, the trunk, and the face that are not toned. This causes muscle weakness, with difficulty in language and swallowing. Sometimes the anomalies affecting the facial muscles give a particular appearance to the face.
There is a rare form of disease that affects adulthood. It affects 4% of cases and is progressive, with varying severity from individual to individual. It causes respiratory weakness and limbs, but it has a strong clinical variability. Sometimes it also leads to joint pain.

Nemaline myopathy has genetic causes and can be both hereditary and sporadic. It affects several genes, all linked to the coding of muscle tissue proteins. Depending on the gene involved, the disease is transmitted with autosomal dominant or recessive mode. In the first case, a single sick parent has 50% of the chance to transmit the disease. In the second, parents are healthy carriers and have 25% of the chances of having a sick child.

The diagnosis of the disease occurs through clinical observation and muscle biopsy. In subjects with nonmaline myopathy, muscle fibers have rod shaped structures formed by protein assemblies. Given the variable nature of the disease, however, diagnosis can be very difficult. On the other hand, the discovery of some genes involved facilitated prenatal diagnosis.

For the time being, nonaligned myopathy does not care. If detected in time, you can prevent some of the effects and improve the patient's quality of life. They are also undergoing pharmacological therapies.