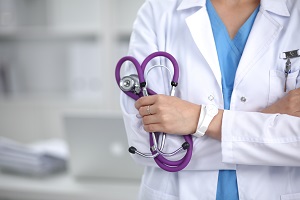 A Texas Texan team at the Houston Methodist Research Institute has discovered how to rejuvenate the cells of children with progeria. The new technique could reverse the advancement of the disease, which causes aging and premature death.

Progeria is a rare genetic disorder, of which today there are about 250 people in the world. Subjects are all very young, since they die of old age by the end of adolescence. The key to premature aging affecting subjects seems to be a mutation of the LMNA gene. The variant is almost never inherited and rises spontaneously for unknown causes.

Dr. John Cooke and colleagues studied the cells of children with progeria. The intention was to find a way to slow down aging and allow children to reach adulthood. First they tried to repair the defective gene, but the results were not satisfactory. They then tried with a different approach and focused on telomeres.

Telomers are protein structures located at the extremities of the chromosomes. They have the task of protecting the genome from wear and tearing with age. With every cell division, a piece of telomer is lost. Once the telomeres become too short, the cell dies and stops dividing. Subjects with very short telomers are therefore more at risk of illness and tend to live less.

Scientists have found that cells of children with progeria have very short telomers. They have therefore tried to lengthen telomeres, thus improving the function of these cells and their ability to divide. They have introduced small molecules into the cells to alter their gene expression. In this way, they stimulated them to produce the protein needed to stretch the telomeres.

Within a few days, cells have changed radically. Their life expectancy has lengthened and the functions improved. They began to divide in a more normal way and many of the effects of aging have disappeared. It's still early to talk about a cure for progeria, but discovery could lead to a new therapy within a few years.