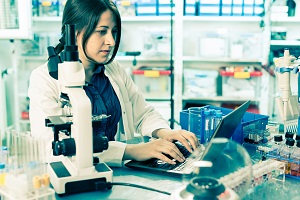 Tay-Sachs's disease is a hereditary genetic disease that affects the central nervous system. It is progressive and falls into lysosomal accumulation. This means that the symptoms are caused by the lack of active enzymes in the lysosomes, vesicles that eliminate cellular waste. Long the waste accumulates and damages the neurons.

There are three forms of Tay-Sachs disease:
• Childish or classical form. It manifests itself around 3-6 months of life. The first symptoms are weakness and tendency to start. Children suffering from it stop developing new skills and lose those acquired. They often suffer from convulsion, they move less and less, lose sight. They usually die within 5 years of age.
• Youthful form. It occurs between 2 and 10 years of age. Children who suffer from it begin to have difficulty walking and convulsive crises. They gradually lose their mental functions, view and muscle strength. This form is also fatal.
• Chronic or adult form. Those who suffer from it have difficulty walking, do not control the movement, and it is difficult to talk. In some cases, psychiatric disorders are manifested.

The disease is transmitted by a mutation of the gene encoding the enzyme esosaminidase A. The deficiency causes the accumulation of GM2 ganglioside in neurons and death. The mutation is recessive, so a couple of carriers have 25% chance of having sick children and 50% transmitting the recessive gene.

For diagnosis, clinical manifestations are analyzed and the activity of the enzyme exosaminidase A is measured. In case of healthy carriers, prenatal diagnosis is also available.