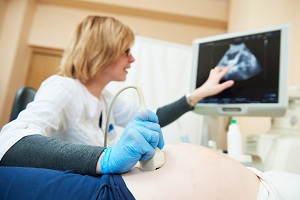 A team of Chinese researchers has sequenced the genome of over 140,000 women. This is the most important large-scale genetic analysis carried out to date on Chinese people. Data come from prenatal screening tests and include a representative sample of the entire population. The analysis is still ongoing and could reveal new information on the traits and predispositions of the population.

In the past, the cost of genetic sequencing was too high to study the genetic evolution of the genetic population. Collecting data from hundreds of thousands of people was virtually impossible. On the other hand, the number of women recurring - and recurring - to the fetal DNA test was increasing. The number has grown over the years and it is estimated that to date they have used about 6 million Chinese women. The principal author of the study, Xun Xu of the BGI-Shenzhen center, took the ball.

Fetal DNA testing is a milder sequencing than that performed for research purposes. In fact, it collects about 6% -10% of the entire genome. Nevertheless, it allows access to a huge amount of data and to have a much broader view of the genetic heritage of a people. Precisely for this reason, it represents a unique tool to analyze more closely a diverse people like the Chinese one.

The study involved 141.431 women belonging to 36 of the 55 ethnic minorities present in China. The data therefore represent about 1 / 10,000 of the Chinese population, a large and varied sample. The study therefore offers a fairly faithful portrait of today's China from the genetic point of view. However, there are some limitations.

Prenatal screening tests have not been able to provide accurate data on individuals. Furthermore, there is about 20% of the genome in which the data to be analyzed are missing. However, this is a huge step forward, which has allowed us to compare the genome of different populations.