The Zika virus starts from the immune cells 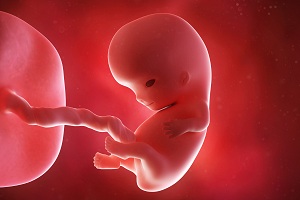 The Zika virus uses Troy's horse strategy: first attacks the immune cells, then uses them to spread to the fetal brain. The discovery comes from researchers at the University of California, San Diego, and their Brazilian counterparts.

During the development of the embryo, the microglia cells developed into the veal sac, which then gave rise to macrophages. Their job is to keep the body clean, eliminating harmful agents and damaged cells. The Zika virus starts the infection right from the microglia cells. When they spread to the central nervous system, they carry the virus with it and facilitate its spread.

As it is now known, the Zika virus is harmless to adults and devastating to fetuses. It attacks the developing brain, killing neural stem cells and causing microcephaly. However, it was unclear how the virus was transmitted and spread in the fetal brain. Apparently the answer is in the newborn immune system, used as a troika horse from Zika.

The team tested a drug called Sofosbuvir, used against hepatitis C. The drug limits viral infection and decreases the number of dead stem cells. Additional tests will be needed, but the first results are encouraging.