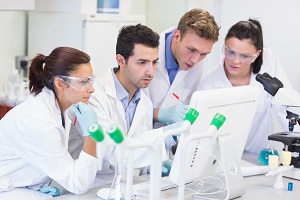 One study analyzed the impact of genetic counseling against ovarian cancer in Malaysia. According to the first results, minimal genetic training is enough to reassure patients and help them in their choice. Not only medical geneticists, so: for a first consultation, it would be enough for normal doctors to update themselves on these new themes.

The BRCA genetic test is used to identify possible mutations in the BRCA1 and BRCA2 genes. Depending on their presence or not, you can assess the risk of developing breast or ovarian cancer in the future. It is also essential in case of cancer, to identify the best therapies. Usually the test is prescribed to women with suspected familiarity, for preventive purposes. However, it is estimated that 4 out of 10 carriers do not have ovarian or breast cancer in the family.

The MaGiC study analyzed the prevalence of BRCA mutations among patients with ovarian cancer. It also determined the feasibility of a greater extension of genetic testing in Malaysia, including through better training of physicians. In fact, to date, genetic counseling is only available in the major cities of Malaysia.
Over the course of two years, researchers have organized small seminars on basic genetic counseling. In this way they gave a basic training to 70 doctors from 29 Malaysian hospitals. Later, these doctors followed more than 800 women with ovarian cancer. They informed her about the genetic test and recommended it once the results arrived.

Of the 800 patients, 248 participated in the study, of which 208 underwent the genetic test. 13% of them (27) showed that they had a BRCA mutation, which allowed them to develop an ad hoc route for them. Furthermore, being followed with competence and dedication has improved the psychological impact of the test on patients.

Cancer and prevention strategies are still taboo subjects in Malaysia. According to the author of the study, expanding the knowledge of genetic testing could do a lot in this regard. It would allow reaching those who do not live in large cities and would facilitate the development of personalized therapies.