Harvard and La Sapienza allies in the name of research 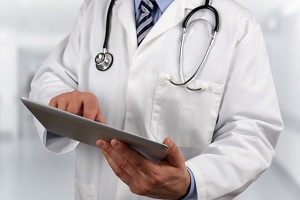 The universities of Harvard and La Sapienza have signed a historic agreement in the name of medical research. For the next 10 years, the two universities will cooperate in training and research. The agreement was signed by the rector Eugenio Gaudio and the president of Brigham and Women's Hospital Bwh Elizabeth G. Nabel.

The agreement, signed at the headquarters of the US university in Boston, provides a series of joint projects. There will be an exchange of staff and students between the two universities, as well as research conducted on four hands and exchange of scientific information. An essential partnership to face the growing challenges of contemporary medicine.

According to the rector Gaudio, the ultimate goal of the international scientific community is to ensure psychophysical wellbeing and health for as many people as possible. For this reason, it is important for universities to embrace a new approach to research. Mobilization and exchange create a common space in which to grow ideas. This is the final aim of the agreement between the Harvard University Hospital and La Sapienza.

For resource management, the two universities will rely on the European Institute for Network Medicine. Although this is formed by the Bwh, this will be organized according to an international horror shared by the parties.