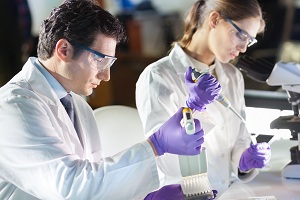 Many causes of genetic pressure are related to nutrition and lifestyle. Smoking, eating unbalanced and leading a sedentary lifestyle increase the risk of hypertension. A study published in the American Journal of Human Genetics also reveals some genetic causes.

The researchers conducted the study on over 600 thousand smokers from Asia, Europe, Africa and South America. They collected data on diastolic and systolic blood pressure, the number of cigarettes smoked and genetic markers. They have thus identified some genes already linked to hypertension and others previously unknown.

Among the genetic causes of high blood pressure there is a variation in the genes that control the formation of cellular cilia. These tiny extensions are used to eliminate harsh substances in the lungs, nose and ears. When they work the wrong way, kidney disease and hypertension can occur.

There are many other genetic variants related to high blood pressure. Some of these are related to telomere length, while others involve relevant genes in diabetes and obesity. Among the identified genes, there are also those associated with nicotine and alcohol dependence. All this shows how high blood pressure is a complex phenomenon linked to many biological factors. It is also for this reason that some drugs work on patients and not on others.