White hair for stress? Fault of a protein 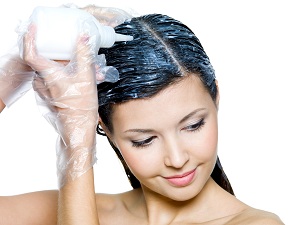 The appearance of the first white hair is related to stress, as well as age. In some cases, traumatic events and diseases make white strands appear before time. The phenomenon has been known for years, but only affects some people and was devoid of convincing explanations. A study by the National Institutes of Health and the University of Alabama may have found the cause.

At first, the study aimed to study the genes that regulate stem cells. To make things easier, the researchers focused on melanocytes. These are the cells that control hair pigmentation. The follicle stem cells replace the old melanocytes periodically. When the process no longer works, the hair becomes white.
Usually the stem cell malfunction is linked to aging. However, researchers have discovered a genetic abnormality that causes premature aging of follicles and melanocytes. The mutation affects the Mitf protein (melanogenesis associated transcription factor), fundamental to protect the melanocytes against the immune system.

In guinea pigs with the mutated version of the gene, the immune system tended to damage the melanocytes. In case of illness, therefore, the mice became white before. This is because the action of the immune system hindered the stem cells and therefore the replacement of the melanocytes.
The discovery of the genetic anomaly linked to Mitf could also have an impact on other studies. From what emerges, in fact, there is a strong link between pigmentation and the immune system. This explains not only the early appearance of white hair, but also diseases such as vitiligo. Those suffering from it have patches of depigmented skin and an altered immune system.