500 thousand DNA at the service of precision medicine 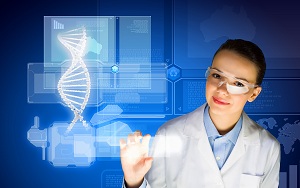 Precision medicine takes a new step forward thanks to the UK Biobank, one of the most important DNA banks in Europe. Inside there are genome data of 500 thousand people, made available for biomedical research. Thanks to them, the geneticist Giuseppe Novelli's team has shed new light on some of the most common genetic-based diseases. In the future, the findings made could help identify those at risk of cancer, diabetes and cardiovascular disease.

The team at the University of Rome Tor Vergata made use of DNA samples and more. Between 2006 and 2010, researchers also collected urine and plasma samples of volunteers aged between 40 and 69 years. Combined with data on the genome, they have facilitated the division of the population into different layers.

In this way they were able to identify the population groups most at risk of diabetes, heart attack and other diseases. All different diseases, for which effective screening is lacking worldwide.

Until today, studies linking DNA and phenotype of the person were conducted only on small groups. Furthermore, they mainly concerned individuals suffering from genetic diseases or particular conditions. The two studies in question are the first that involve such a large number of volunteers and that affects everyone.

Researchers have succeeded in identifying approximately 96 million genetic markers linked to widespread diseases. They have multiplied the number of information related to them a hundredfold.

One of the two studies focused on the genome of 8,428 people and on the magnetic resonance of 10,000 people. Combining the data, the researchers looked for genetic variants that can be linked to the genesis of some neurodegenerative diseases. For the first time they combined brain maps, DNA and magnetic resonance imaging. All in order to find new prevention and screening systems.

The study is still ongoing. In the next three years, researchers will add data from the magnetic resonance imaging of another 70,000 people. They intend to study the development and aging of the brain, in addition to the consequences of diseases.