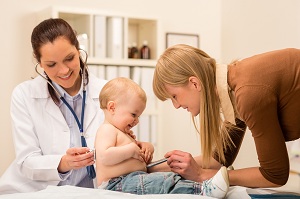 A world-wide study on neonatal screening for rare diseases is about to start. Among the diseases treated there will be fragile X syndrome, Angelman's syndrome, Prader-Willi syndrome. The pilot study will include the screening of 75,000 newborns to determine if it is possible to transform the procedure into a widespread standard. Leading the study will be Professor David Godler, of the Murdoch Children's Research Institute in Melbourne.

The aim of the study is to validate neonatal screening for some rare genetic diseases. In this way it will be possible to request it for all newborn babies, regardless of the presence or absence of a recognized risk.

Screening is based on some previous work by the Godler team. Scientists developed a genetic test for the diagnosis of fragile X syndrome, which measures DNA methylation. To do this, only a few drops of the newborn's blood are enough: the test gives its result with a reliability between 92% and 100%.

Additional funds will be needed to expand the research field from the fragile X syndrome. Scientists plan to follow a similar pathway for Angelman syndrome, Prader-Willi syndrome, and Dunp15q syndrome. In fact, according to Godler, the impact of these genetic diseases is very underestimated. A series of neonatal genetic tests would allow to find immediately those who suffer and immediately submit it to the necessary treatment.