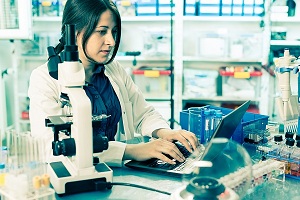 The first clinical trial of gene therapy for beta-thalassemia demonstrated its effectiveness. When given at a young age, treatment makes transfusions superfluous for more than 3 out of 4 patients. The results are the result of more than 10 years of work, conducted by researchers from the San Raffaele University, the Telethon Foundation and Orchard Therapeutics.

All patients suffered from severe thalassemia, which forced them to periodic transfusions. The researchers collected the patient's own stem cells, after which they introduced a working copy of the beta-globin gene. At this point they reinfused the correct stem cells and waited for them to take root in the bone marrow.

More than a year after the last transplant and three years after the first, the therapy proved to be effective. Of the 4 younger patients, 3 are completely independent of transfusions. Adult patients still have to transfuse, but with a much lower frequency. Only one of the children has not benefited from the therapy, but the researchers still do not know why.

According to the researchers, the trial proves how important it is to intervene in the early stages of the disease. Beta thalassemia in fact affects the integrity of the bone marrow: intervening at a young age interrupts the progression of the disease when the damage is relatively few.