Acne is a genetic disease 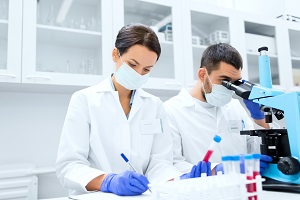 A study by the Genetics and Molecular Medicine department of King's College London provides new data on acne. This problem, so widespread among adolescents, often linked also to hormonal dysfunctions, has a genetic basis. In fact, the researchers identified the genes that influence their progress.

Acne is a disorder caused by inflammation of the sebaceous glands, which causes blackheads and small pustules. In severe cases, inflammation touches the deepest layers of the skin, causing cysts and nodules. If not treated properly, both superficial and deep acne can cause psychological discomfort and leave permanent scars.

In women, the disorder can be caused by hormonal disorders such as the polycystic ovary. However, this does not explain all the cases nor the different trends of the disease. For this reason, the British team involved around 27,000 volunteers, including 5,600 affected by severe acne. The researchers analyzed the DNA of all the volunteers, looking for genetic variants related to the development of acne.

Genetic analyzes have shown anomalies common to those suffering from severe acne. The variants are concentrated in the genes that influence the shape of the hair follicles. Depending on how the follicle is made, this can in fact contain more or less bacteria from the Propionibacterium acnes family. The richer the bacterial colonies, the more severe and difficult to eradicate acne.

The discovery will help develop better treatments than current ones. The therapies available today consist almost all of antibiotic creams and oral antibiotics.