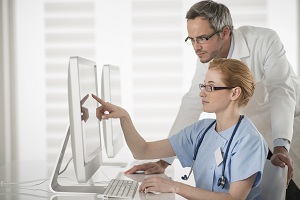 Friedreich's ataxia is a rare genetic disease that causes progressive degeneration of the nervous system. It affects in particular the spinal cord and the cerebellum, causing the lack of coordination of the movements, the ataxia precisely. It usually occurs during childhood or adolescence, but in some cases it also appears in adulthood.

The first symptoms of Friedreich's ataxia are problems of balance and coordination. These make it difficult to write, eat and perform other very simple activities. In time, even walking becomes impossible, forcing those who suffer in a wheelchair. Cardiac problems and diabetes are also common.

The causes of Friedreich's ataxia lie in the alterations of the gene that encodes the frataxin protein. A sequence of three nucleotides of DNA is repeated many times more than normal, blocking the functions of the entire gene. This therefore causes the missing coding of the frataxin, with consequent deficit due to the symptoms of the disease.

Transmission occurs by means of an autosomal recessive mode: if both parents are carriers of a mutated copy of the gene, the child will have a 25% chance of being ill. Often neither partner knows that they are a healthy carrier, making it difficult to make a prenatal diagnosis.

Diagnosis is based on the observation of symptoms, on tests such as the electromyogram and on the genetic test. The latter serves to identify the genetic defects mentioned above. Once you have received a positive result, however, there is very little to do. To date there is no cure for the Friedreich ataxia.