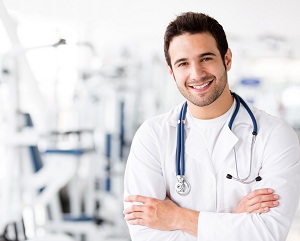 Whatever their cause, progressive kidney diseases always lead to the progressive destruction of their functions. Sometimes they are caused by obesity or hypertension, others are a symptom of a genetic disease. Researchers at the Broad Institute of MIT and Harvard have discovered a new drug to stop this degeneration. The discovery could prevent dialysis for millions of people.

For the moment there are few therapeutic options for those suffering from degenerative diseases of the kidneys. Patients who undergo transplantation often suffer from complications. Many of them have to live with dialysis for years, if not for the rest of their lives. All this has consequences both on the work and on the private life of these people.

Researchers addressed the problem from the biological side of the genetic disease. They identified the genes and proteins involved in kidney degeneration. In particular, they focused on what causes the death of the podocytes, the "filter" cells of the kidneys. When they do not work, proteins begin to pass from blood to urine.

Previous work had identified a protein called Rac1 as the cause of some kidney diseases. The new study reveals that Rac1 activates a protein called TRPC5, which causes the inflow of calcium into podocytes and destroys them. The researchers then developed a drug that blocks the process, based on a molecule called AC1903.

In guinea pigs with progressive kidney disease, AC1903 protected the filter cells and blocked the degeneration. The molecule has also given good results on subjects in advanced stages of the disease, restoring part of the functions. According to the study, the drug would work on both the damage caused by genetic diseases and those from hypertension.