New details on the Chediak-Higashi syndrome 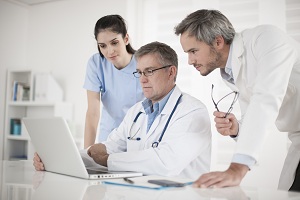 A team from the National Institutes of Health and University in Manchester has unveiled new details about the Chediak-Higashi syndrome (CHS). It is a rare genetic disease, of which about 500 cases are known all over the world and with devastating effects.

Chediak-Higashi sufferers show a large number of different symptoms. The subjects have a marked predisposition to bleeding and neurological problems. Furthermore, immune system malfunctions make them vulnerable to even the most common infections. In most cases, these people die from one of these infections.

The killer cells are immune cells with the task of eliminating aberrant cells, such as cancer cells, infected, malformed cells. They act by means of toxic enzymes that secrete into the cells to be eliminated. In subjects with CHS, killer cells fail to secrete these enzymes appropriately.

The team found that the immune cells of Chediak-Higashi sufferers have an abnormal cytoskeleton. Enzymes are too large to overcome the cell barrier, making killer cells useless. To solve the problem, the researchers used drugs that reduce the density of the cytoskeleton.

According to the first tests, reducing the density of the cell barrier restores the function of killer cells. This could have important repercussions on the patient's health and increase his chances of survival.