The importance of informed consultation for genetic tests 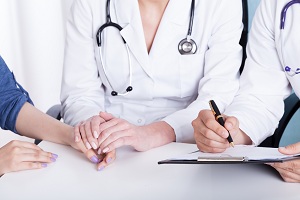 Researchers at the University of Sydney analyzed how people approached genetic testing. It was found that some patients at high risk of heart disease did not understand the impact of the results on their lives. This confirms how important it is to request an informed consultation with a specialist before and after a genetic test.

Genetic tests are used to assess how likely there are that a disease manifests itself. The most popular ones concern tumors, but they can also be applied to cardiac diseases such as hypertrophic cardiomyopathy. The disease causes a thickening of the heart walls, which can lead to a sudden heart attack. First-degree relatives of those suffering are 50% more likely to have the same genetic mutation.

Thanks to genetic tests, today it is possible to identify healthy carriers of hypertrophic cardiomyopathy. These people do not show symptoms of the disease, but they are still at risk. For this reason, the positive result of a genetic test can be overwhelming for most people. Some patients show signs of anxiety related to the appearance of any symptoms. Many stop exercising or question plans to start a family.

The problems in question mainly affect those who do not turn to a specialist to interpret the results. On the contrary, those looking for a consultation before and after the test have far fewer problems. A good geneticist can help them understand how to deal with the positive results of the test. He advises them and tells them how best to deal with the news.