The fight against hypoidrotic ectodermal dysplasia begins in utero 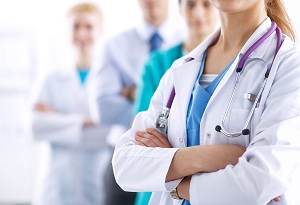 A team of researchers performed a treatment against hypohybrotic ectodermal dysplasia in utero. This is revealed by a study published in the New England Journal of Medicine.

The procedure could significantly improve the lives of those who have inherited this rare genetic disease. Treating the disease still in utero, in fact, would allow you to deal with the symptoms even before they appear. A notable advantage not only in the fight against hypohidrotic ectodermal dysplasia, but also in other diseases. According to Dr. Maisa Feghali, there are many congenital diseases that would benefit from such an approach.

Data from the National Institutes of Health report that 1 in 17,000 people in the world suffer from hypohidrotic ectodermal dysplasia (HED). Those who suffer can not produce the protein ectodisplasina A. This causes fall of teeth and hair, lack of sweat production and therefore propensity to heat stroke. It is a non-lethal disease, but it affects the quality of life in an important way.

The authors of the study carried out a series of preliminary tests on animal models. After these first successes, they moved on to clinical trials on humans. For the time being, they have tested the procedure on a pair of twins and on a third child. In all three cases, prenatal screening tests revealed the presence of the disease.

Twins received treatment twice, at the 26th week and at the 31st week of gestation. The third child received it only at the 26th week. Doctors suspect that the procedure may have anticipated the labor of the twins, who were born prematurely at the 33rd week. On the other hand, in utero treatment seems to have borne fruit in all three cases. At 22 weeks postpartum, none of the three children experienced typical symptoms of hypohidrotic ectodermal dysplasia.

The treatment aims at influencing the development of sweat glands already in the uterus. In theory, this would correct the error even before it manifests itself. Only time, however, will know if the treatment has been decisive.