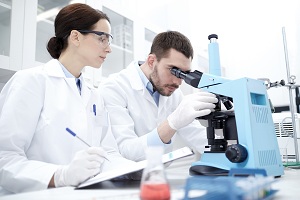 Researchers at the RIKEN Center for Brain Science have identified a new genetic mutation linked to bipolar disorder. The discovery will help develop more effective treatments and better understand the disease.

According to the Japanese study, mitochondrial dysfunction may alter the activity of serotonin-producing neurons. The cause lies in a mutation of the ANT1 gene, which causes a chronic calcium deficiency. Mice lacking the gene also showed a large number of mutations in serotonin levels.

In the guinea pigs examined, the non-functioning of the ANT1 gene caused a peak in serotonin levels. The increase in serotoninergic activity would have worsened mitochondrial dysfunction, giving rise to a vicious circle. Furthermore, the deterioration of the neurons producing serotonin would have been more pronounced in the dorsal area of ​​the brain. Such a situation has also been observed in Parkinson's patients.

Mutation is not a true cause of bipolar disorder, but acts concurrently with other factors. Where present along with other genetic mutations, the likelihood of the disease is increased. This means that a drug that affects mitochondrial dysfunction could reduce the incidence of the disease, even if it does not cure it in its entirety.