Tumors: will genes be hit instead of individual organs? 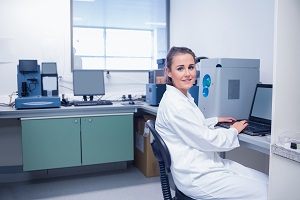 During the annual conference of the European Society of Medical Oncology (ESMO), a new therapeutic approach to cancer was discussed. In the near future, genetic mutations may be more important than the organs affected by the disease. In fact, studies on "agnostic" drugs are being expanded, designed to target a certain genetic anomaly rather than a certain type of tumor.

A single genetic mutation can cause different types of cancer. Just think of the BRCA genes, responsible for both breast and ovarian cancer. The agnostic drugs act precisely on the basis of these genetic mutations, regardless of which organ is involved. If they spread, they will radically change the way we approach cancer treatments.

In September 2019, the European Commission approved one of the first agnostic drugs. It is called Larotrectinib and acts against mutations in the gene that codes for the neurotrophic tyrosine kinase receptor (NTRK). It has proved effective especially in the most advanced cases, in which there are metastases and it cannot be operated. The drug is taken in tablets, has few side effects and has given results against 29 types of cancer.

There are other agnostic drugs being approved or already approved. They are all designed to act in the presence of a specific mutation, regardless of the organ concerned. In this way the therapy is more personalized, however counterintuitive it may seem. Furthermore, it is also possible to act against rare tumors for which there are no specific therapies.