In the Caribbean, cystic fibrosis is linked to a rare mutation 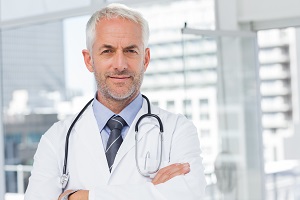 In Puerto Rico and the Dominican Republic, cystic fibrosis is linked to a genetic mutation almost impossible to find elsewhere. The discovery comes from a team of UC San Francisco and the Centro de Neumología Pediátrica of San Juan. Scientists have shown that most Dominican patients have none of the typical mutations in Europe.

The genetic causes of the disease are therefore other, much more rare elsewhere. Cystic fibrosis is a genetic disorder that afflicts 70,000 people worldwide. The diagnosis occurs in the first years of life, following abnormal accumulation of mucus in the lungs and in the digestive tract. At one time, children with the disease died very young.

The new treatments have improved life expectancy and today the average age is 40 years. Nevertheless, the drugs do not work on a large chunk of the sick, especially Latins. This raised several questions for doctors. At the Centro de Neumología Pediátrica in Puerto Rico, classic genetic tests are ineffective for 25% of patients with cystic fibrosis. The authors therefore hypothesized that the common genetic mutations in the Caucasian population are different from those of other ethnic groups.

The scientists analyzed the DNA of 21 Puerto Rican patients and 61 Dominicans, all of which were negative in the tests. Total genetic sequencing has revealed that the mutations linked to cystic fibrosis in these populations are different. Those present in 90% of Caucasian patients are present only in 33% of Puerto Rican patients and in 10% of Dominican ones. Conversely, mutations present in only 1% of Caucasian patients are widespread. This means that therapies will also have to be developed based on these mutations.