There is a connection between lack of sleep and gestational diabetes 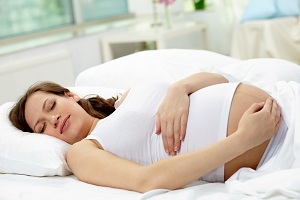 A research at the University of Illinois has revealed the link between lack of sleep and gestational diabetes. The researchers analyzed the data collected from eight previous studies, involving a total of 17,308 puerpers. It thus emerged that sleeping little increases the risk of developing the disease.

Seven eight studies were based on interviews in which women reported the duration of their sleep. The eighth used an accelerometer to measure the sleep-related parameters. All eight also reported any disturbance of the participants, such as gestational diabetes. The researchers also used data from four other studies. The latter measured the blood sugar levels and the duration of sleep in 287 women with diabetes.

The consequences of the lack of sleep on health were already known. This is, however, the first study to objectively analyze the link between sleep, sugar levels and gestational diabetes. What emerges is that pregnant women should not only eat well but also sleep more.