What is and how to treat gestational diabetes? 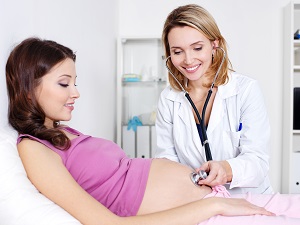 With gestational diabetes is meant that form of diabetes diagnosed for the first time in pregnancy. In some cases, the disease develops with gestation, in others it is an unrecognized form. It is estimated that you are interested about 7% of pregnancies and is a danger to both the mother and the child.

Gestational diabetes increases the risk of maternal and fetal complications. For this reason, it is essential that women adhere to strict rules and be under medical supervision. In particular, it is important to act on elements of a woman's lifestyle, such as nutrition and physical activity. The disease is also linked to a number of bad habits.

The factors that determine the appearance of this form of diabetes are both genetic and environmental. Some women are genetically predisposed to type 2 diabetes mellitus, which facilitates the onset of the disease. However, women's age and weight are also crucial: too much overweight or obese women are much more at risk. Even the presence of a recent polycystic ovary syndrome can be a risk factor.

This type of diabetes does not give any particular symptoms. The most obvious are: unjustified increase in thirsty diuresis; unjustified weight loss; recurrent cysts; vision problems. In the event that the future mom has symptoms of this kind, it is good that he undergoes a series of specific tests. As they say, however, better to prevent it from curing.

Prevention of Gestational Diabetes Begins Before Pregnancy. It is important that those who want to become mom increase physical activity and give a simple sugar cut. In the case of obesity, one should try to lose as much weight as possible before conceiving. Slimming should also make it easier to get pregnant.