A pair of new wings for butterfly kids 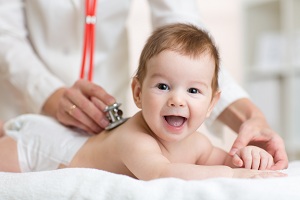 Bullous epidermolysis is a rare genetic disorder that causes the formation of bubbles and skin lesions. There is just a minimum trauma to trigger the process, making it impossible to lead a normal life. That is why the little ones who suffer are called "butterfly children": because their skin is as fragile as the butterfly wings. Today, however, there is a new hope.

For the first time a baby butterfly is good: two years after the end of the treatment, little Hassan can live a normal life. The news was announced in an article in the medical journal Nature. The merit is a series of interventions conducted by doctors from the University of Modena and Reggio Emilia, who have operated within a European team.

In June 2015 Hassan arrives at the pediatric hospital in Bochum, Germany. He is 7 years old and suffers from junctal bullous epidermolysis. It is one of the most serious forms of the disease: in 40% of cases it kills before adolescence. There seems to be no hope for the baby, but doctors propose an experimental procedure to the parents. It is a combination of gene therapy and stem cells, developed by an Italian team.

The disease is caused by a defective version of the LAMB3 gene. Doctors use the baby's stem cells to convey the correct gene in the genome to take the place of the defective one. In this way they get healthy transgenic skin handkerchiefs, which gradually transplant to the baby. Two years after the last intervention, it's official: the therapy worked and Hassan is fine.

The case of little Hassan also revealed some obscure points of tissue regeneration. It was already known that the skin is renewed once every month. You did not know what to drive regeneration. It has come to light that there are few stem cells of long duration. Cells are continually renewed, creating new healthy cells to replace those deaths. The discovery will facilitate the processing of new treatments for many other incurable diseases today.