The ovulatory trigger does not influence the number of chromosomes 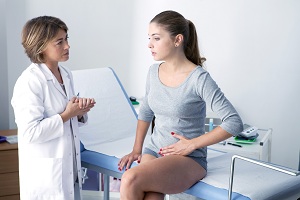 A US study reveals that the type of ovulatory trigger used for IVF does not affect the number of embryo's chromosomes. The goal of the study was to determine whether using a GnRH agonist influences the quality of the embryos.

Until recently, chorionic gonadotropin was the only option available to stimulate ovulation. In recent times, the use of the gonadotropin-releasing hormone agonist (GnRH) is gaining momentum.

Both substances serve to stimulate the maturation of oocytes to be used for in vitro fertilization. Change the mechanism used for this purpose. The chorionic gonadotropin pushes the ovaries to ovulate. GnRH, on the other hand, works on the pituitary gland to indirectly stimulate ovulation. In this way the natural process that leads a woman to ovulate is imitated.

Chorionic gonadotropin increases the risk of ovarian hyperstimulation syndrome. This risk is almost completely absent in women who use GnRH. However, the researchers wanted to verify that there were no other risks for the woman and the embryo.

In retrospect, the researchers analyzed 3,049 biopsies of embryos, obtained by 707 cycles of IVF for 543 patients. They compared the embryos of patients treated with chorionic gonadotropin with those of patients who had used GnRH. In particular, they compared the rate of aneuploidy in the two groups, ie the presence of an abnormal number of chromosomes.

The study did not reveal significant differences between the use of chorionic gonadotropin and that of GnRH as an ovulatory trigger. It is therefore possible to use both substances in safety, choosing the best one based on the individual case.